We all want to find the magic formula for raising character-rich kids.  Here’s what I know.

There is no doubt, my early parenting years were challenging.  But when I look back on the first years homeschooling my older boys, I have mostly fond memories.  I have often described the first three boys as being “eager to please”, “self-directed” learners, and so on.

Fast forward a few years and Levi…Levi has not exactly been the “eager-to-please” homeschool student.  He has an independent spirit, and often pushes back against school work.  The kid is an escape artist — finding every excuse under the sun to get away from his school work.  He’s good at what he does, too.  “Just a second, I need a glass of water!” “I have to go to the bathroom!”  Sometimes I can’t find him and discover he is skate-boarding outside or laying under the coffee table with the dog.  He knows how to distract me with comedy acts, rabbit trail conversations (“Hey Mom, how many weeks until Christmas?” “How’s your book writing going?”) and everything in between.   Life is full and I’ve been busy, so let’s just say he’s been pretty successful, too.  I’m not proud, I’m just keeping it real here. 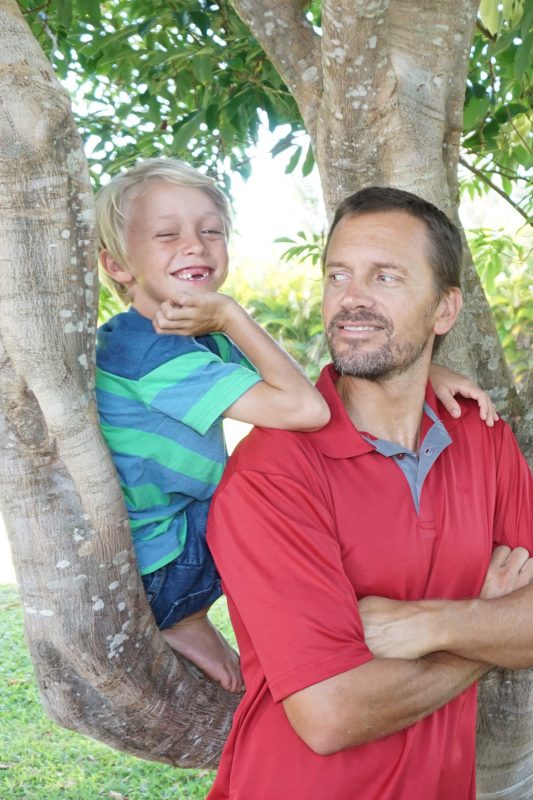 With this in mind, I began this school year hoping for a fresh start.  I really don’t want to throw in the homeschooling towel…I’ve hoped I might turn over a new leaf with this fourth son.  I’ve been praying for wisdom. 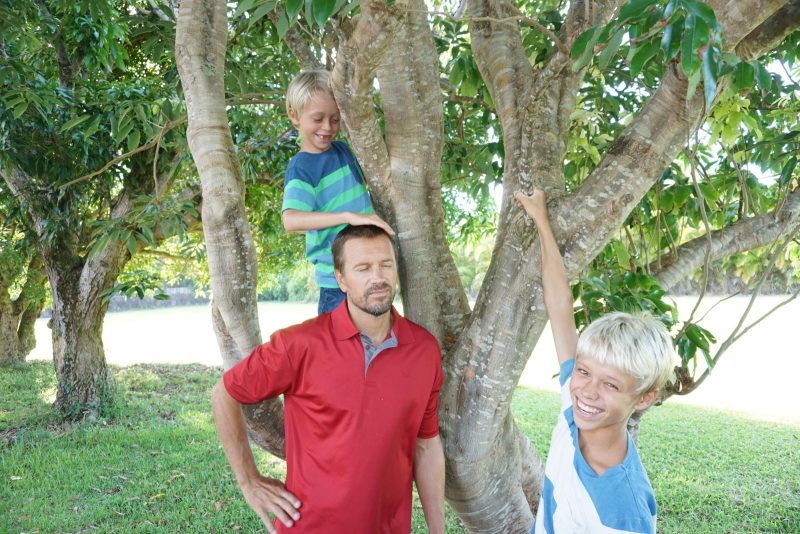 We had a pretty good start to the school year, but last Wednesday was my first real test.  I came out of it with a big reminder of some important truths, and I thought I would share the story.  Whether you’re facing homeschool or homework or just plain parenting, I hope my Wednesday night encourages you…

I had a doctors appointment and other errands so I was away for much of the school day.  I left Levi with the two older brothers, and a very detailed outline of what he needed to do for school.  It was a full day, but definitely do-able.

After sitting in traffic, I came in late in the afternoon.  I didn’t have dinner planned, and the older boys had youth group, so when Dave and I both got home, I suggested that he, Levi, and I  hit a food truck for a little treat.  Levi loved the idea, and I honestly did too.

Then I realized I had not seen Levi’s school work yet, so I suggested I ought to check out what he had done all day before we go out.  “We can only go out if you did all that I left for you to do”, I said.  “Otherwise, it’s leftovers.”  His face showed that he was already dreading leftovers.

I went to his desk to discover that he had done *some of* his work, but none of it very well.  It was sloppy.  It was incomplete.  And his math assignment was an absolute disaster.

I had some decisions to make then.  I was tempted to get angry and scold Levi.  To teach him a lesson by leaving him alone to finish the work.

But I was equally tempted to let it slide.  Whatever.  I’m tired.  That food truck sounded really good.  Much better than the 3-day old leftovers that were in the fridge.  And I didn’t want to face another battle over school work.

Of course neither of these options felt right.  I didn’t want to be angry.  I’ve learned the hard way how damaging that is.  Yet letting it slide wasn’t what I wanted either — that would have only communicated to Levi that I had low expectations for him.  Set a standard for slacking off and not facing consequences.

It was time to do some good parenting.  And this is where the magic began.

I took a deep breath, and told Levi we had work to do.  I’d sit with him while he redid the work that was incomplete, and I’d help him through math.  He started to cry.  He mentioned the food truck.  (both out of disappointment and hoping to play to my weakness.)

I said sorry:  Plans changed.  No food truck.  Leftovers will do.  (Inside I was crying too.)

I prayed for patience, and then sat there choosing each moment not to get angry.  I stayed close while he re-wrote his spelling list.  When he wrote poorly, I pointed it out and asked him to fix it.  At first it made him mad,  but then he started to soften.  Mom wasn’t budging and he realized his bad attitude wouldn’t change that. She also wasn’t going anywhere, and I could tell he appreciated my company.

Then math.  Double digit multiplication was hard.  He didn’t understand it.  I leaned in gently and showed him some examples.  I required him to listen.  To not argue or act frustrated.  “I’m here for you.  You’re gonna get this.  Math is hard.  You just have to press on and it will start to click.  Trust me.  Your brothers went through his too.”  (I tried to remember.)
Levi asked “They did?  But they’re all so good at math.”
I remembered, then said, “No,  they struggled right about now just like you.  Multiplication.  Division  It’s not much fun.  But once you get it down, it leads to much more fun stuff later.”

Levi and I worked together.

Dave heated leftovers.
We ate 3-day old pasta while we did long division.  Levi was learning to do good work.  He was learning perseverance.

And then things started to click.
Levi nailed one problem.  Then another.  He shouted in triumph.  We high fived.
He scooted his stool closer.  Then at one point he moved his gangly nine-year-old body onto my lap to finish the last problems.  I did not mind a bit.

Next Dad joined us and Levi took a science quiz.  Levi knew the names of the birds and a lot about them.  Dad got excited.  I could nearly see thought  bubbles floating in the air above Levi’s head, “I’m smart!”  “I’m good at science.” 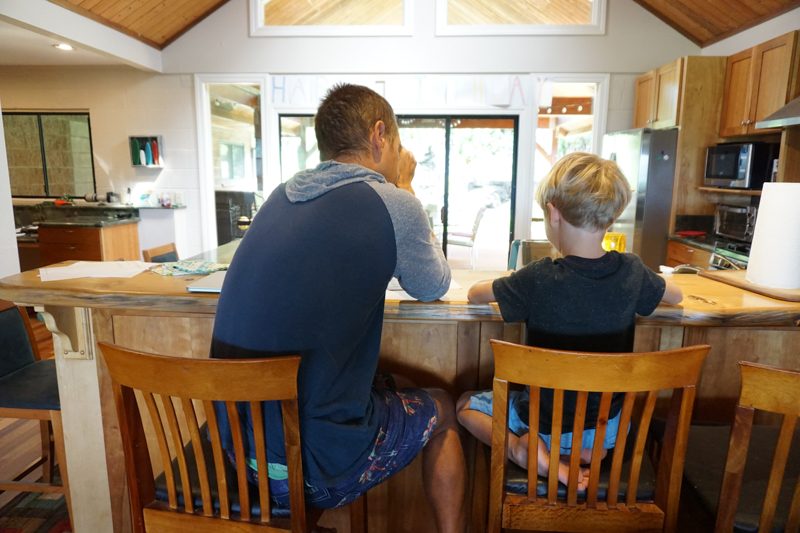 I winked at Dave.  This kid was taking pride in what he was learning.

There was no friction then.  No anger.  We were in this together, and no parenting moment from all the years with any of the boys could beat this.

Soon it was bedtime.  I said he had to hurry and brush his teeth and Dad would read to him. Then, Levi put his arms around my waist and said “I want YOU to read to me!”
Now Levi loves his dad, and this had nothing to do with bad feelings towards him.  What it did have to do with was good feelings towards me.

Levi felt secure. He knew I was for him.  That I wasn’t there to come down on him in anger, yet I cared enough to make him do the work.

There was a sweet tenderness between Levi and I that night.  And indeed it was hard-earned.

Wednesday night I lovingly set a standard for excellence, and Levi rose up to it.

Now, some of you read in my book or heard a recent podcast episode about raising sons of noble character.  In it I talked about giving my teenage son a list of “character building” podcasts, Ted Talks, and books to help him develop better character.  It was a great activity, a lot of people have reached out to ask about that list.  I promise I am working on some things along those lines,  but here’s what I need to say about character:  There is no magic in that list.  Inspirational talks and good books are great and especially helpful for teenagers.  But the real magic?  Happened on Wednesday night.  Times like these.  When Mom and Dad set standards.  Stay firm. Speak life.  Encourage.  Sacrifice.  Never perfectly, but intentionally.

Friends:  There are no hacks for character development.  It is earned.  There is a cost, and usually the parents must pay it first. 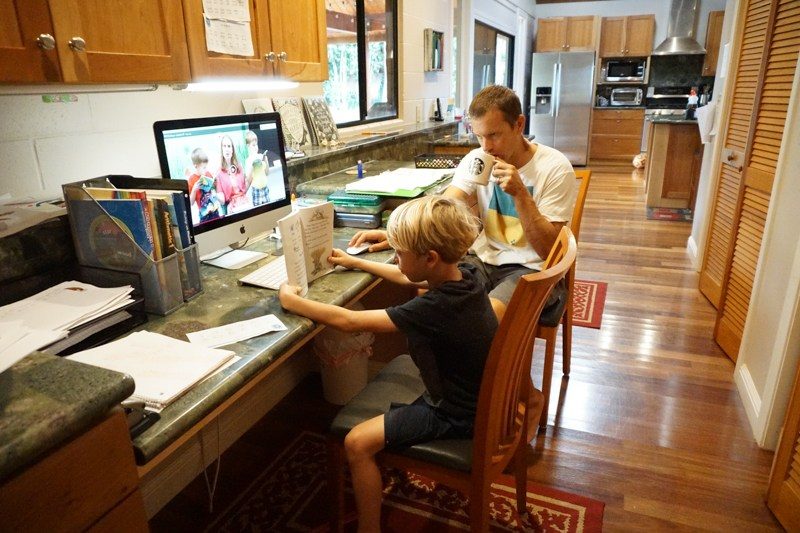 Later Wednesday night Dave and I collapsed into bed and I smiled into the dark, so content. (even if still a bit hungry.)  “Wasn’t that a good night?” I said, more a statement than a question.  I went on to confess to Dave how easily I compare Levi to his big brothers, who were so much easier to homeschool…to parent.

Then Dave said “I think your memory may be a little off on this.”

“Maybe you don’t, but I remember you struggling with the boys.  Calling me in tears because they wouldn’t listen.  Or settle down.  Math was too hard.  All of that.”
I was quiet a minute, thinking back, and realizing he was absolutely right…

My first three boys were not that much different from Levi after all.  The real magic in their character also began in simple, everyday moments when we lovingly set standards and they rose up to them.   Sure, all kids have unique personalities, and some are more cooperative (or better escape artists) but there is no denying:  How we parent them either fosters or frustrates the character qualities we hope for.

I felt relieved that this fourth son…in all of his mischievousness might grow up to embrace every bit of character that his big brothers have.  And I felt encouraged to consider that God might use his mom to bring out the very best in him. 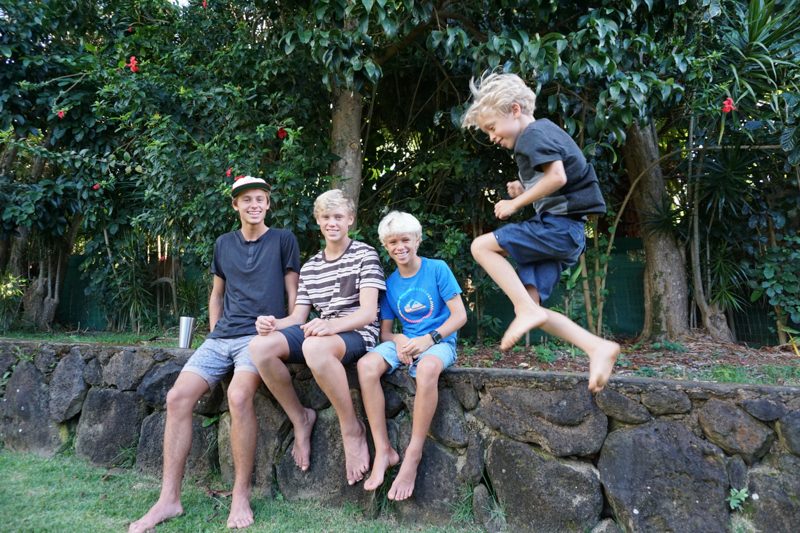 If you’ve read my book you might remember me saying: “I’m right here, doing the hard work of parenting  alongside you.”  Well, now you should know I actually meant that.  Day by day.  Moment by moment.  Math problem by math problem.  Last Wednesday, today, and probably again tomorrow. 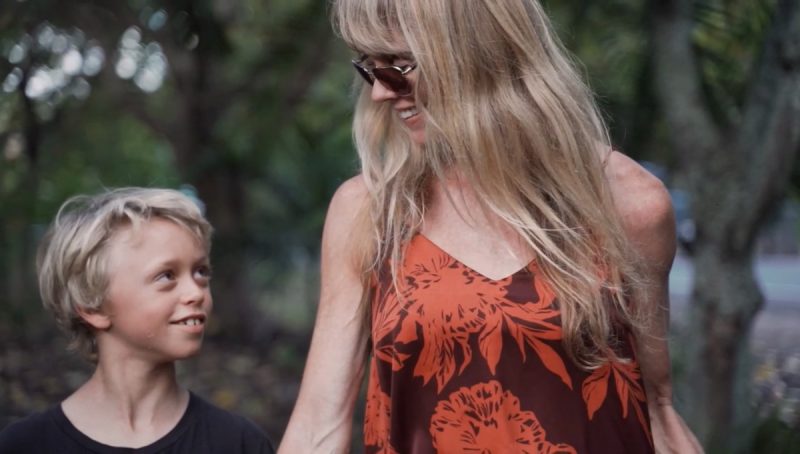 Thanks for letting me share this little story.  I’d love to hear from you in comments!  Also be sure to catch last Friday’s Podcast episode with my son, Jonah, where we talk about developing perseverance.  It might be one your kids will enjoy as well!  And of course my book, Boy Mom, is packed with inspiration for raising kids of character, so that is my best recommendation for more on this topic!  Big hugs and blessings…