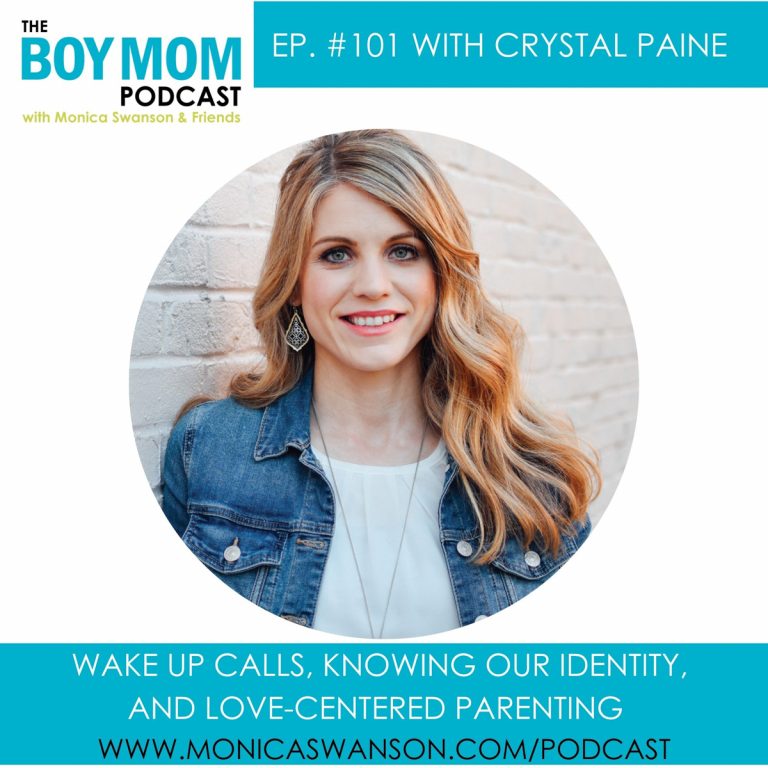 This week's episode is a special interview with best-selling author, Crystal Paine.  You likely know Crystal from her wildly popular  Money Saving Mom website, but recently she switched gears to share about her parenting journey in a new book:  Love-Centered Parenting.   Crystal shares about a particularly difficult season with one of her kids, and how that rocked her world.  When a therapist suggested that Crystal quit trying to "fix" her children, but 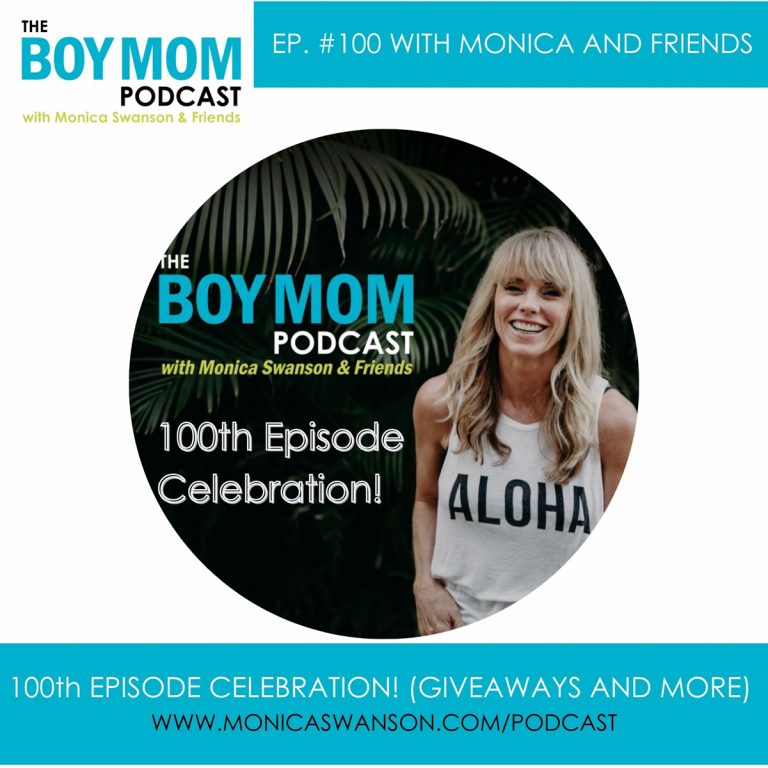 Hey Friends!  Welcome to the 100th Episode of the Boy Mom Podcast!  Today we celebrate!  I'm so grateful for all who have been a part of this journey thus far!  Thank you God, most of all.   Also thanks to my family for the love, support, and patience (not to mention technical help, interviews, and music for the podcast) Thanks to Christian Parenting Podcast Network for editing and producing episodes since last summer (thanks, Scott!) and all of the ways 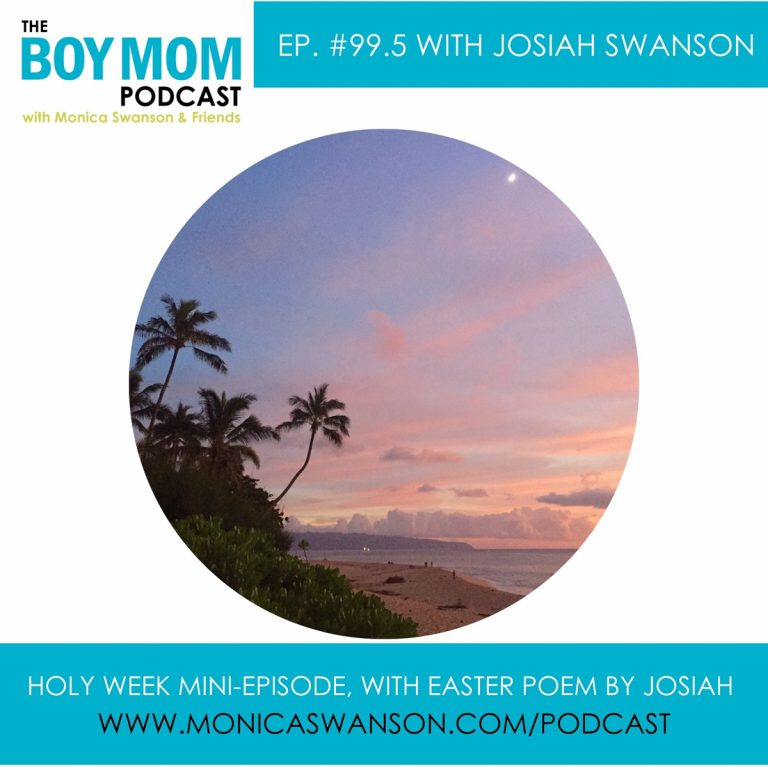 Holy Week with my son, Josiah Hi friends! Happy Holy Week. ❤️  As excited as I have been to share my 100th episode on the podcast, (which will be nothing short of a party 😉) it did not feel right to share it on Holy Week. 😌  I am personally trying to trim back my week, slow down, and even quiet down a little this week.  With that in mind, I decided to instead share: "Episode 99.5" -- (which sounds a bit like a radio station! haha)  but it's a mini-episode to 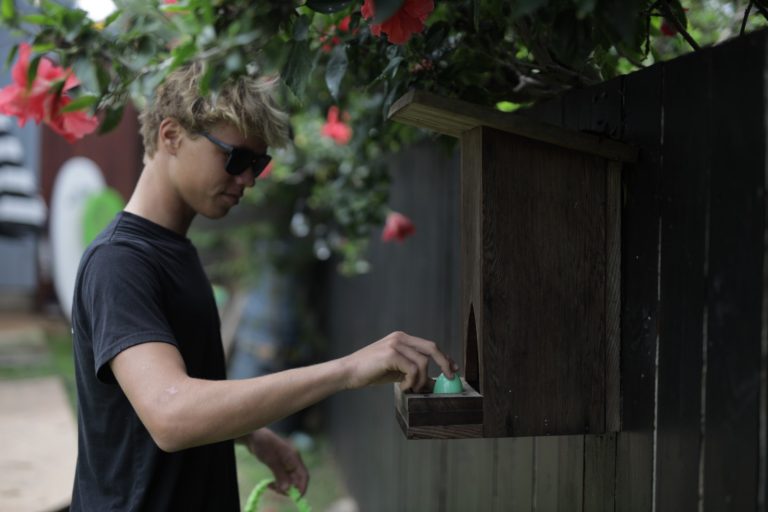 This week I helped my boys egg our good friends' back yard.  🥚 😳  Fortunately it was not the kind of "egging" I remember (hearing about 🙈🤫) in high school, but it was super fun.  And I thought I'd tell you about it...  But first, this is important to know:  I am teaming up this Thursday through Saturday (3/25-27) with an amazing group of women doing a round up of great Easter ideas on Instagram...which includes a $400 -- (yes, FOUR HUNDRED DOLLAR!) 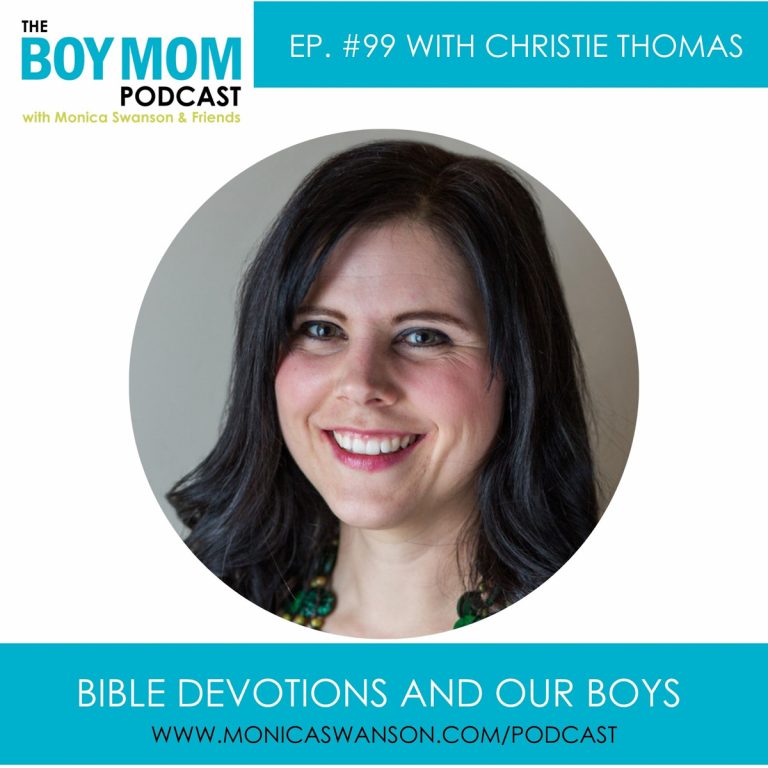 I am so excited to talk about boys and Bible devotions with Christie Thomas on Episode #99 of the Boy Mom Podcast!  Recently I did some Instagram stories talking about Bible Devotions and I had a lot of women ask me to share recommendations for boys’ devotionals.  I put together a list and shared it with my email subscribers, but I knew there was a lot more to talk about on this subject!  Moms asked for suggestions for getting started doing devotions with their sons.  Some 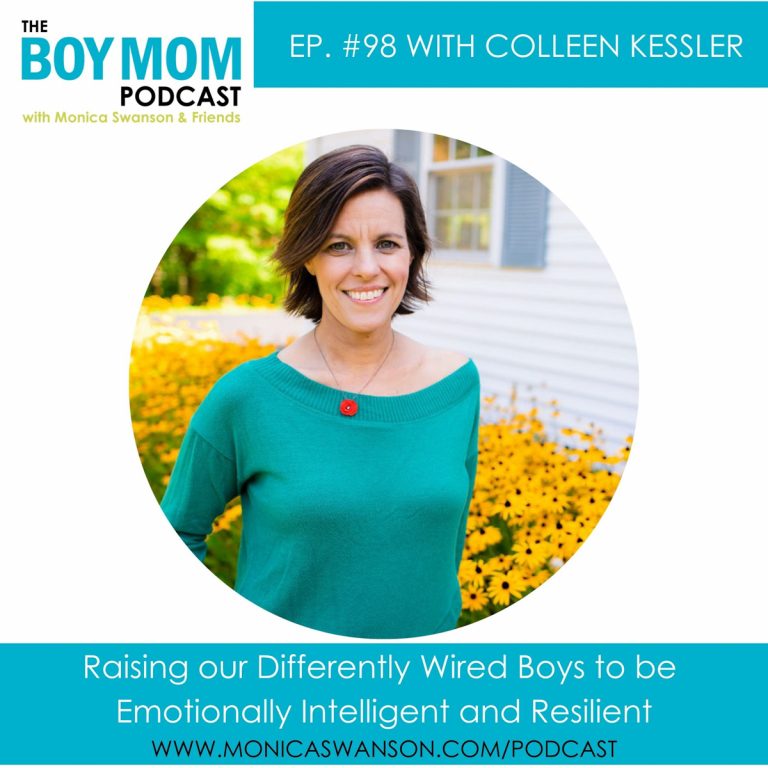 I think that every parent will find today's episode enlightening and helpful! But, if you have a son who you would describe as 'outside the box' -- whether he has learning challenges or falls in the gifted range -- this is especially for you!  Colleen Kessler comes from both a professional background (an EdM in gifted studies, and much more-) and personal experience -- raising four children who are "differently wired."  Colleen is an award-winning educator, educational coach and 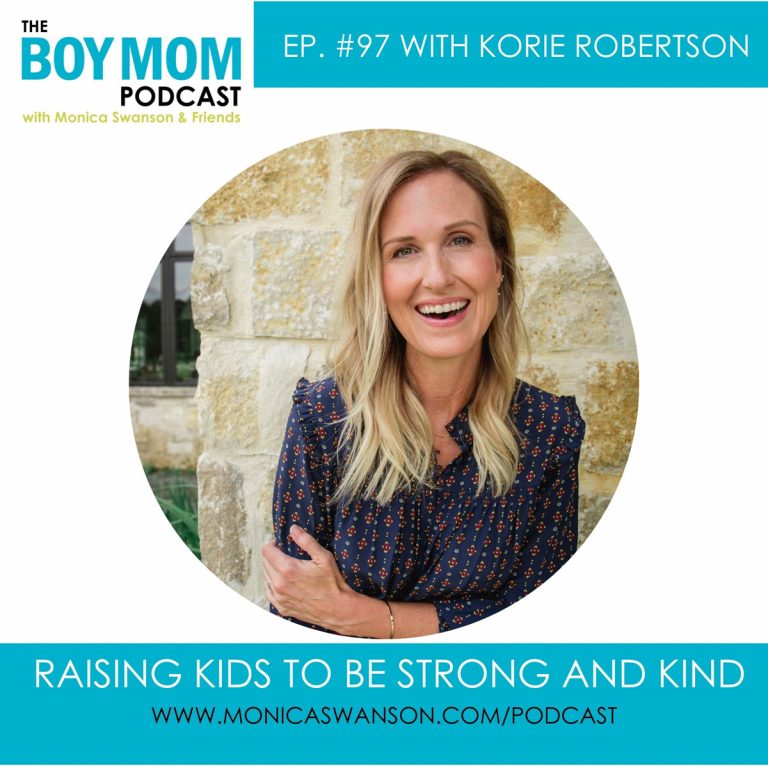 There aren't a lot of reality TV stars who I would consider role models in the way of parenting, but as far as I'm concerned, today's podcast guest, Korie Robertson, is big time #momgoals.  Like most people, I learned about the Robertson family through their A & E hit television show, Duck Dynasty.  Since the show began,  I have been so encouraged watching the Robertson family, and especially seeing the kids grow up. I've been so impressed with choices they are making and 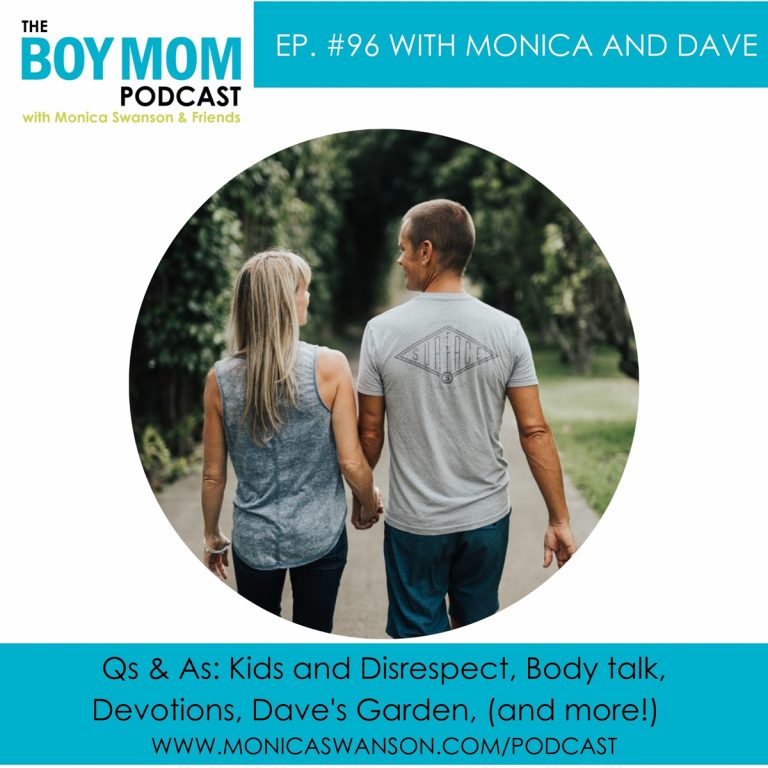 Hey Friends! I had to do a little podcast shuffle (switch out what I had planned to publish this week -- a story for another time -- ) and this gave me the perfect opportunity to do something I've been wanting to for a while!  An all Q & A episode! 🎊 I hope to do these quarterly, so please give me feedback, and always send your questions to: [email protected] (put Q &A or "Question" in the subject line!)  I love to hear from you on social media, but if you can try to send

🙏 One of the most important things you can do a

25 years ago, on a rainy day in Oregon, the greate

A quick (late) Aloha Friday introduction (with a B