The holidays may be over…But long live the Cinnamon Roll!
Amen? 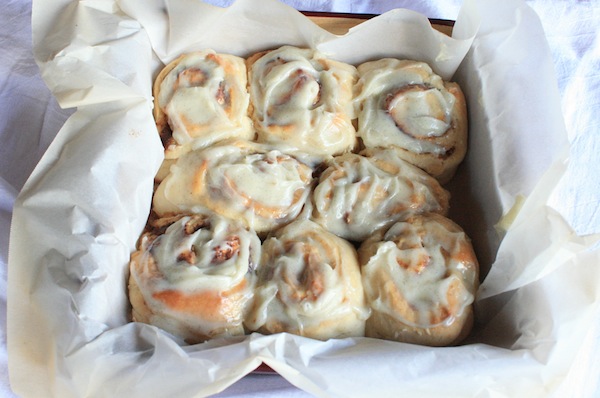 I know I know, I should be sharing some healthy recipe for all of you New-Years Resolution types who are trying to behave well for AT LEAST the month of January…But since I made my fourth batch of these this morning, I felt that the honest thing to do would be to share.

And really, they tasted just as good to me this morning as they did on Christmas morning.  Maybe even better. 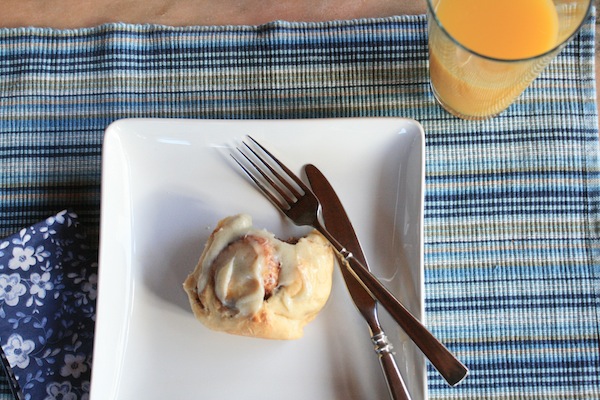 Everything in moderation, right?
I mean, I only ate ONE smallish one for breakfast.
(Ok, maybe one and a half.)
(…give or take another half…but it doesn’t count when you’re just picking it out of the pan, right?)

So what got me started on cinnamon rolls?, you may ask.   Well, you might remember me mentioning in this post that I was looking for a gluten-free recipe for cinnamon rolls to serve on Christmas morning.  Since my dad has Celiac Disease, I wanted to do something special that he too, could enjoy.

But the other problem I had was that I waited until WAY past bedtime on Christmas eve to get serious about making these.

And when you’re a mom of four high-energy boys, come way-past-bedtime Christmas eve, YOU ARE VERY TIRED.  And very much not in the mood to do anything for anybody.  Especially if that anything requires kneading, rising, and waiting.  Just no.

Therefore,  my criteria became two-fold as I hunted for a recipe:
1.  Gluten-free
2.  As fast and easy as possible.

So, I searched the internet for any recipe that combined “gluten free” with words like “quick” or “easy.”  I found a few, and then (like usual,) I kind of winged it, knowing Dad would love me even if I failed.

And call it a Christmas miracle–They turned out amazing!

My dad said that they were the best gluten-free cinnamon rolls he’s ever had (and I have a feeling he has tried a few,) and requested a second batch for New Years.  The filling and the frosting were wonderful.  These are my new go-to recipe, whether I’m making them gluten-free or not.

So as not to be misleading, I’ll admit that the gluten-free version do not puff up nearly as much as the regular (seen above.)  Bummer, but that’s just how it is!
This recipe puffed up way more than any others I’ve tried, especially considering the fact that they barely has time to rise before baking them. 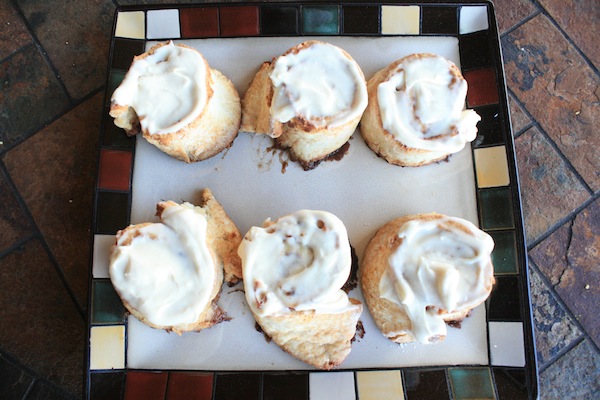 Look inside!  I promise you:  A very nice texture! 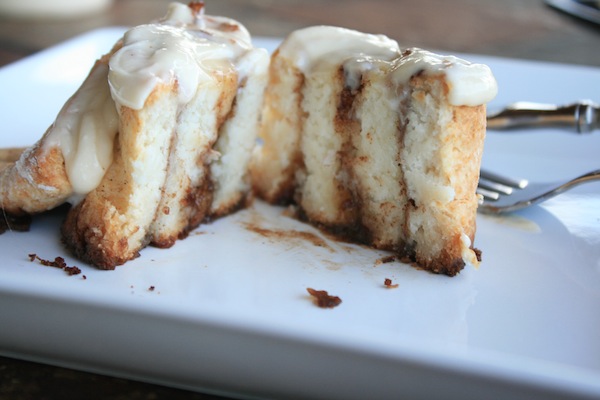 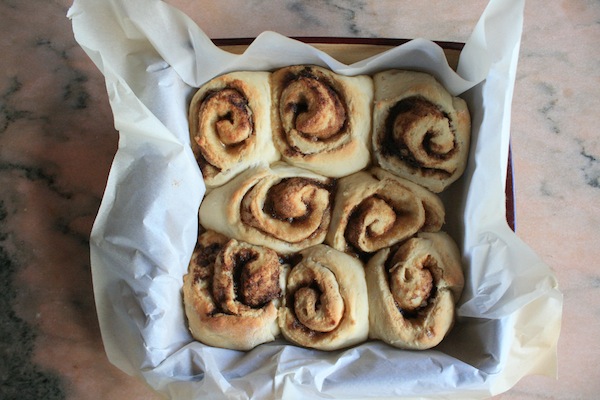 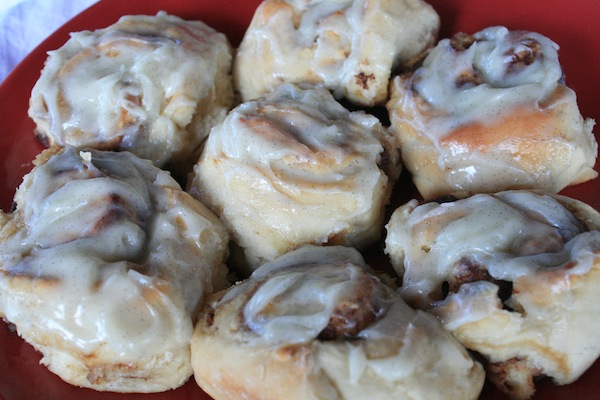 Find the printable recipe below.  Note: if you are not on a gluten-free diet, you can make them the exact same way using regular, all-purpose flour, and you can leave out the Xanthum gum.

And if you do make the gluten-free version, you might want to read the comments, below.  Some people have had raving success with these, others have found them to be a disappointment.  I have found baking GF can be a bit hard to predict — but I have had more success with these than any other, so I wish you the best! 🙂 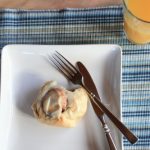