I’m not claiming originality here.
However, where I lack in originality, I make up for in enthusiasm. 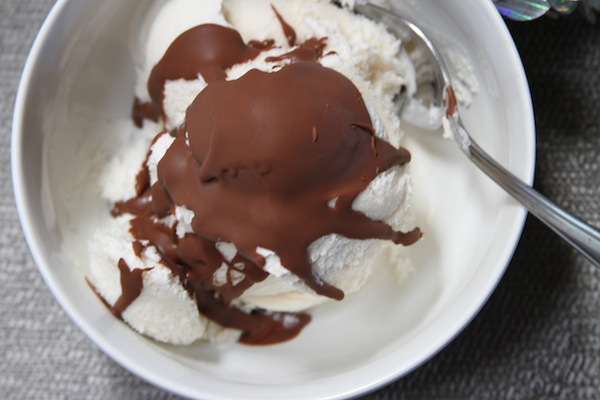 Some of you have seen homemade magic shell on Pinterest, Facebook and all over the place, and you’ll find this post to be old news.   In fact, some of you have probably been bottling this stuff up for years, and just forgot to tell me.

Others of you (LIKE ME) might just live under a rock and somehow missed the magic shell memo.  And (like me) you might have assumed that the magic shell that our kids beg for from the grocery store is full of crazy chemicals that will live in our digestive systems for hundreds of years.  So you just avoid buying it.

And then one day, one week (for me it was Monday, LAST WEEK,) you suddenly discover on Pinterest that people are making magic shell in their own homes…And it is as easy as—
TWO INGREDIENTS!!!  TWO SIMPLE INGREDIENTS, and NO strange chemicals!!  None.

And then, (if you’re like me) you say, “OHHHH MYYYY…”  And you stare out into space and wonder Why didn’t anyone tell me about this before!?  And then you begin to question everything you’ve ever believed in life, and wonder if really, your world will ever be the same again.  Ever.

And though I’m aware that this is old news to some of you, for the rest of us, I simply had to share the (not) secret to the magic— from my kitchen to yours.

YES—You too can make Magic Shell at home…to your and your children’s’ hearts’ content!  (With no chemically ridden guilt attached.) 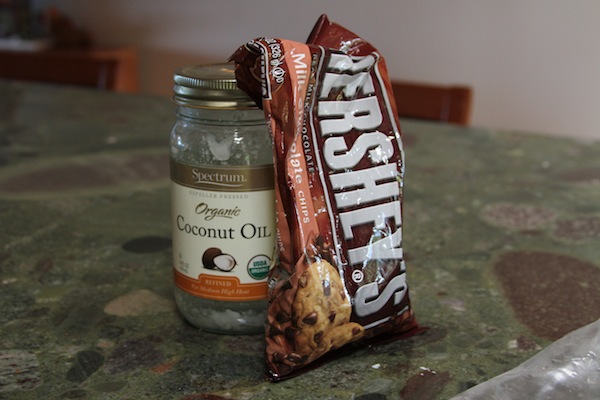 ONE CUP CHOCOLATE CHIPS, blended with 2 Tablespoons coconut oil.
To make it:  Combine the two ingredients.  Microwave 30 seconds.  Stir.  Microwave fifteen seconds, stir.  Repeat until smooth and melted.  Keep at room temperature in a sealed container for up to a few weeks.

**As you may notice in the above photo, my coconut oil jar is empty.  That’s evidence that I’ve made a LOT of magic shell lately.  And you can rest assured that since this photo was taken, I have purchased a Costco-size coconut oil so that there is truly NO LIMIT to the magic shell making in my home.

To give credit:  I wish I remembered where I first discovered homemade magic shell, but in all of the excitement, it is kind of a blur.  I have referred to GimmeSomeOven’s lovely magic shell post, and Coconut Mama takes it a step further and even replaces the chocolate chips. 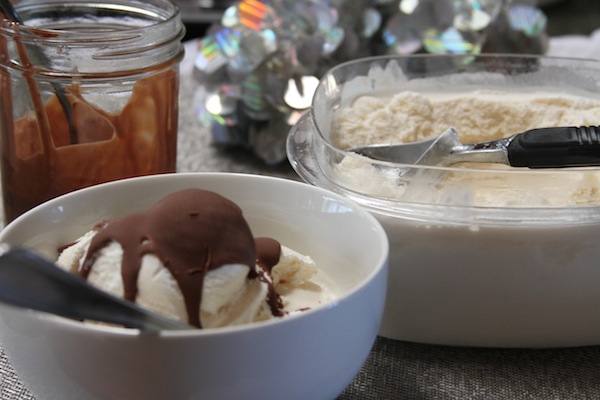 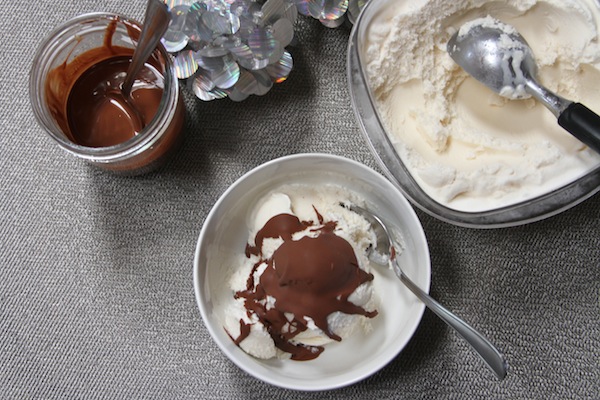 And if you’ve lasted this long into this post, then you may be happy to hear that there is a part II of my magic shell musings…
I have a follow-up post where I will share with you a couple AWESOME WAYS that we have been using our homemade magic shell.

I mean, in case you get bored of the old fashioned way. 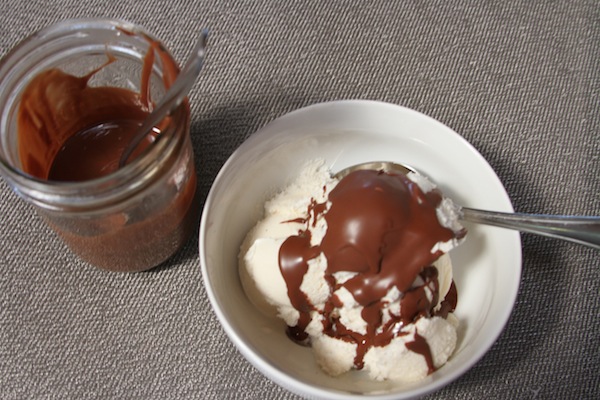 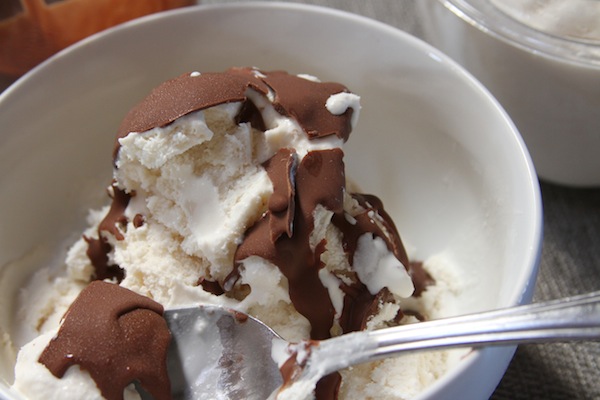 See you soon with more magic.
Until then–pin it.  Share it.  Make it.  Love it.