If you’ve been around here long, you’ve probably heard me talk about how I eat, which is pretty well summed up as “Everything in moderation.”    It’s been that way for nearly 16 years, ever since I gave up dieting and made some radical changes in my relationship with food and exercise.  This scary move away from a lifetime habit of diet plans and strict workout routines resulted in my finally experiencing freedom, and (the surprising icing on the cake) — landing naturally at my ideal weight.

This of course explains why I’ve never wanted to mess with things.  I’ve kept my distance from anything that even smells of “diet” because I’m just so happy with my freedom.  (So happy, in fact, in fact, I wrote a book about my journey, which thousands of others have now followed, with great success!)

This is not to say that I am careless in my eating. As I say in my book, “Freedom” does not mean reckless abandon.  I eat small portions (most of the time 🙂 ) and I really try to eat mostly healthy foods.  I  know a bit about nutrition, and I’m also married to a hospital physician who will gladly remind me of how many of his patients are suffering because of lifestyle choices that so easily could have been avoided.

So, I suppose you could say that I eat mindfully.

But I also love cheese.
And steak.
And since I tend to be a little on the sassy/stubborn side, I might be the one to order a platter of ribs with mashed potatoes on a date night while my husband is having fish and brown rice.  (If you find freedom after following food rules for a long time, you know how much fun it is to do that.)

And if you aren’t 47 yet, I have some news for you (spoiler alert!):  Things change.  I’ve already talked about my bad back, and I let you in on my little secret about stress incontinence.  (shhh.)   Then, in this video with Dave, I shared my recent news that my LDL cholesterol has been inching up higher than it should be.  There is a hereditary component to that for sure, but It’s been a wake up call.  And I’ve begun to make more intentional choices to see if my diet alone might be able to correct things.

Interestingly:  Where I used to think about “diet” as a way to achieve a certain size or weight, I now think of diet in terms of quality of life and longevity.  (that sounds so grown up and boring, doesn’t it?)

Then to complicate things even more, my husband recently took a long weekend to visit his family in Oregon.  He spent time with his parents and his sister, who is married to a family physician.  Ted.  Remember Ted from this post?  Well, Ted has become quite a health enthusiast in the past couple of years.  In fact, besides being a great guy, and a beloved family physician, Ted is in the process of getting certified in lifestyle medicine.

While Dave was away, I said to my boys: “Be prepared.  Dad’s gonna come back and get all vegan on us.  Just watch.”  The boys were like “No way, he wouldn’t do that…would he?”  And I was like, “Yep, Uncle Ted is gonna corrupt him with all of that nutrition stuff he’s gotten into.”

And lo and behold.  Dave comes back and within minutes of walking in the door, he started making comments about the fact that one of my boys was pouring MILK (organic, cow’s milk) on his cereal.  Then one of the boys started scrambled some eggs and Dave was all “They shouldn’t be eating eggs.”

And I was like “Babe.  A week ago, milk was good because the boys need calcium.  A week ago eggs were an easy –not to mention cheap– form of protein.  You’ve gotta slow down here.”

Then I turned to the boys and said “I told you so.”

But deep, deep deep (really deep) down, I knew he was on to something.

For one, Dave is really wise, grounded, and reasonable.  He won’t even blink at trendy health fads (or trendy anything) and he won’t even consider research unless it is evidence-based.

Ted told Dave he had been reading the new book “How not to Die” by Dr. Greger, and Dave looked into some of the research that  posted on his wildly famous website.  (It is all evidence-based, and his site is completely non-profit, which is impressive.)

Dave has said that he cannot remember treating a single heart attack patient who was a known vegan.

So I couldn’t really argue with any of it.

Dave suggested we should read the How Not to Die book. 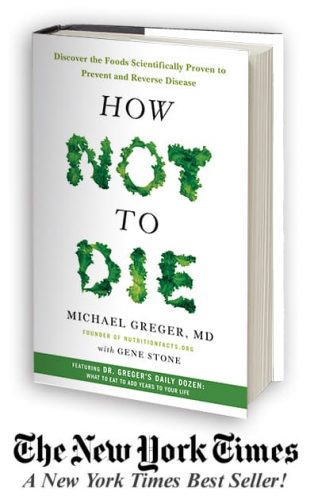 Then, the very next day I was at Costco, and there right before my eyes was the How not to Die Cookbook. 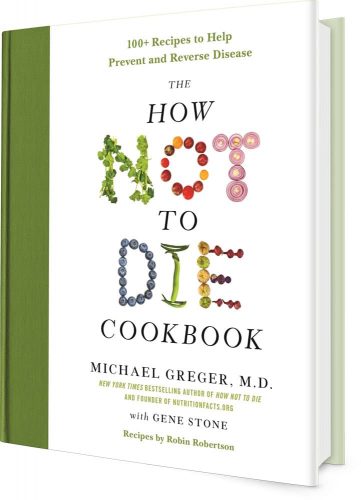 I circled it about twelve times.  Then I put it in my basket.

I had to admit–Everything in it looked amazing,.  I personally LOVE beans and veggies and this was full of the kind of things I love to order when I find a great healthy restaurant.  (Southern California WINS in this category)  Well, this cookbook is like all of that and more. 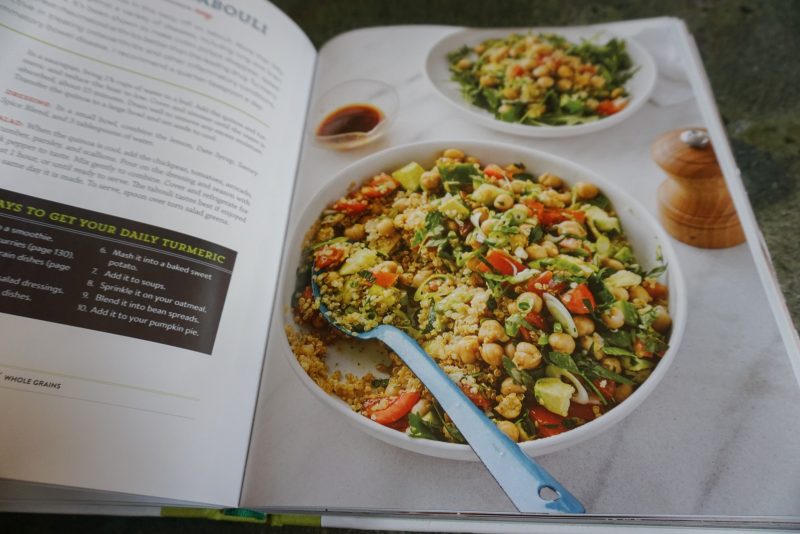 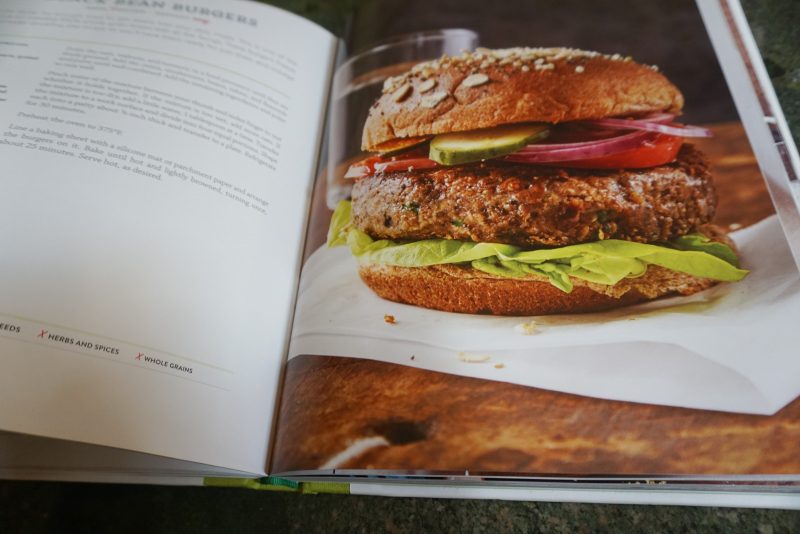 Next I made a trip to the health food store and bought every seed, nut, and bean the cookbook listed.

And for the past two weeks I’ve been busy in the kitchen.  Vegan style. 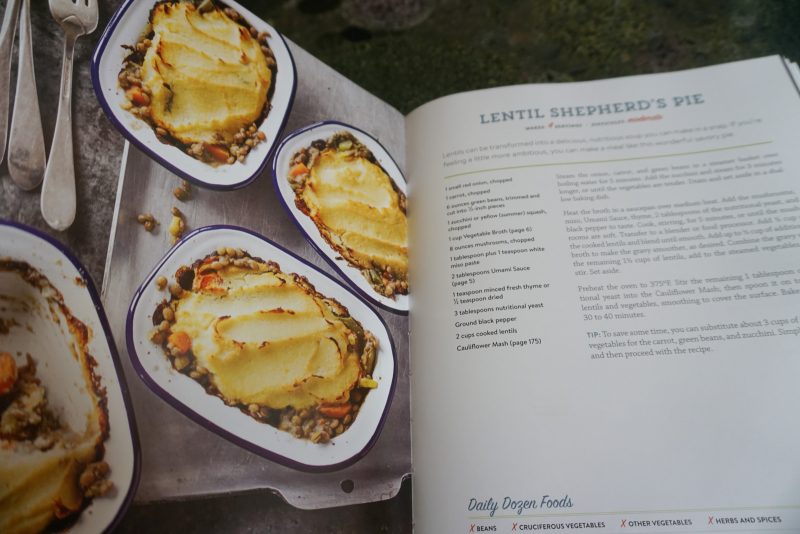 Here are a few of my notes on the How Not To Die Cookbook: 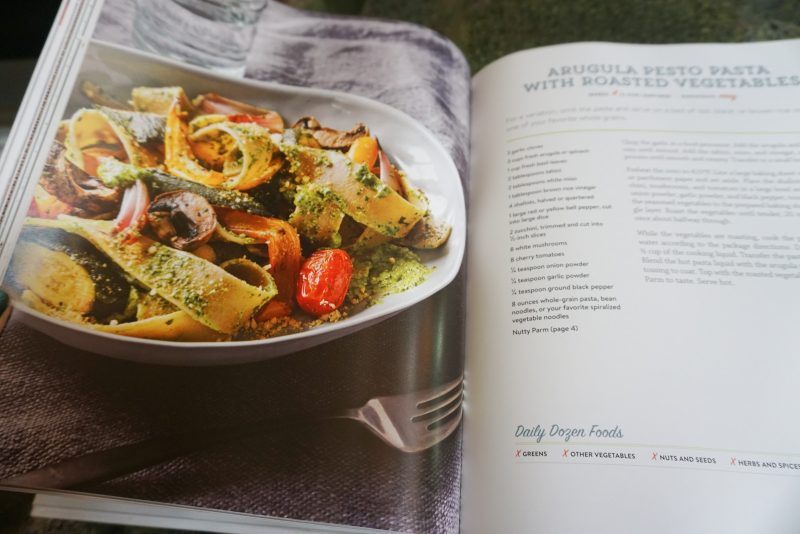 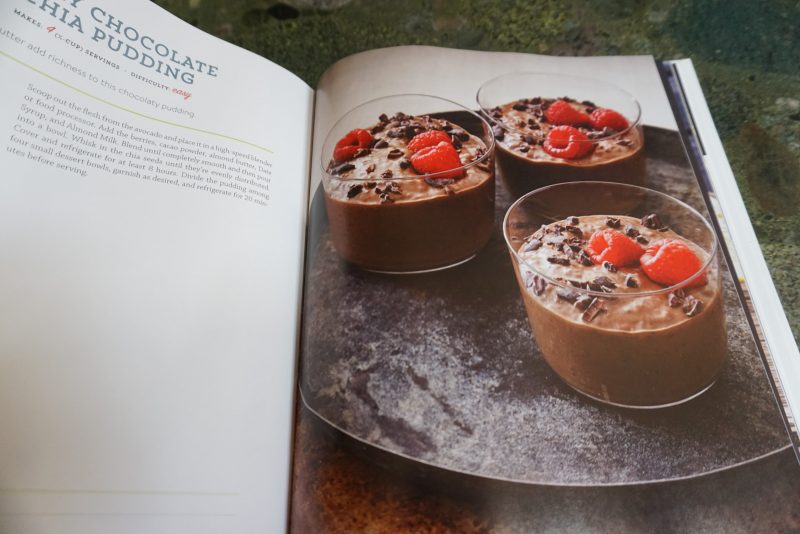 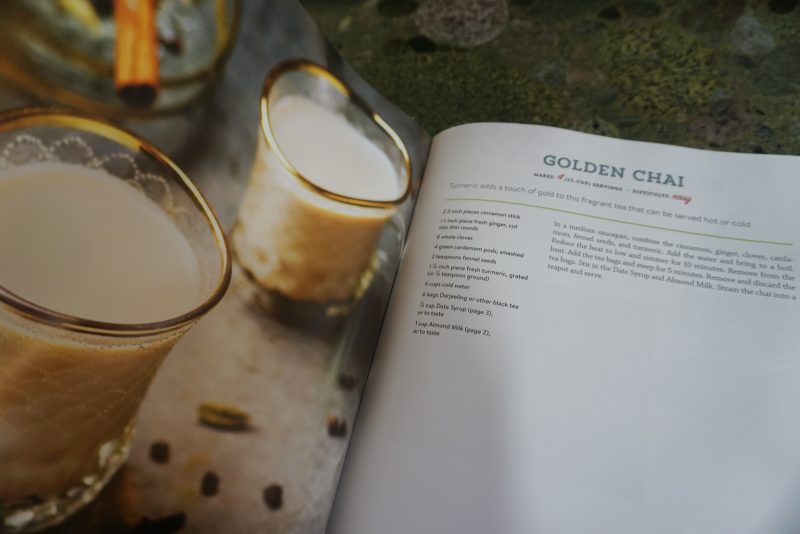 My kids have found most of what I am making to be “ok.”  (Honestly not their favorite at this point, but they are eating it.)  Dave has also said things are “pretty good,” except he follows that with “I’m so thankful because I know how healthy it is, and I could really get used to this!”  (The fact is, Dave has always been one to “eat to live” rather than “live to eat.”  So, this is not hard for him to say.)  There is pretty much no salt in anything, and so far no oil of any kind.  So if you’re used to those flavors this will probably take some getting used to.  But it’s hearty, and no arguing, it’s healthy. 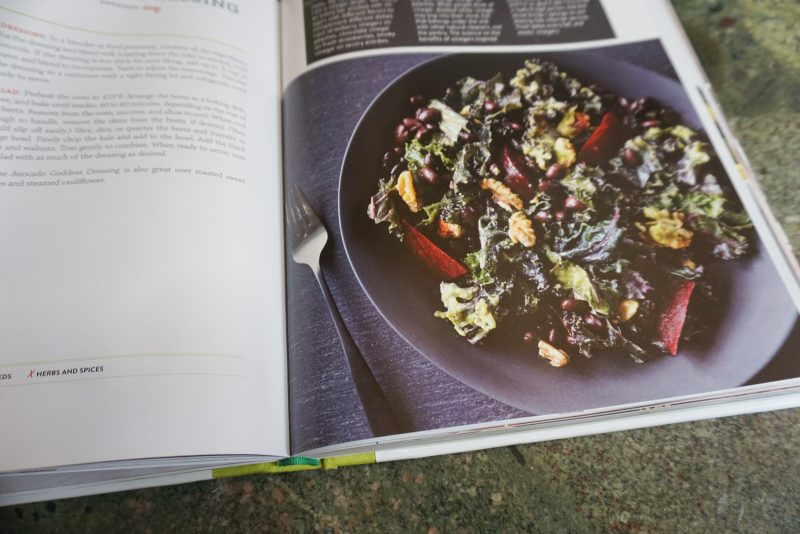 Now, in case you’re wondering…I have to say No:  I’m not planing to become vegan.

Even if I mostly quit eating meat or cheese or eggs or whatever, I just don’t want to label myself.  And I’d like to think that if I had the hankering for some cheese or meat, I’d let myself go for it.  But I am incorporating more plant-based foods into my diet every day.  I’m tossing more nutrition into my (already healthy) smoothies (because it’s so easy to do!) and I’m trying to avoid some of the junk that has crept into my daily habits. And I am actually kind of excited to be moving in this direction because it is cool to think it’s not about vanity, it’s about health.  And I think that I’ve got some good years left in me, so I want to make them the best they can be.

(Dawn Wills is the lucky winner!!  Thank you all so much for comments and suggestions!)

I want to send one of you a copy of the How Not to Die book or Cookbook!  Because I know a lot of you have thoughts on this topic, I hope you’ll share!  If you’re vegan, tell us about it.  If you’re an ex-dieter, I’d love to hear.  Have you read this book or any others like it?  Oh, and here’s something to comment on:  I haven’t seen a single one of the health-documentaries that are out there!  So chime in and tell me which one Dave and I should watch first!

On Wednesday, March 14th I will choose a commenter at random, and contact you to ship you a How not to Die Book or Cookbook!   (**If you’re a subscriber to my blog, please let me know so I can give you a double entry!)

Here are some links to the books if you want to order.
(full disclosure:  These are affiliate links, which means if you order through this link, I will receive a few cents for your purchase.  Thank you for supporting this blog in that way!)

How Not to Die: Discover the Foods Scientifically Proven to Prevent and Reverse Disease

The How Not to Die Cookbook: 100+ Recipes to Help Prevent and Reverse Disease

Later this week I’ll share one of our favorite recipes from the cookbook so far.  If you happen to go shopping in the meantime, be sure to stock up on zucchini , and any other favorite veggies, and have some pinto beans on hand.  Also:  Turmeric, (he uses that a lot!) garlic, and chili powder!

PS  Find me sharing what I’m eating, and other bits of inspiration over at my Skinny-Friends Book Instagram feed:  @healthyhappyandfree