I am honored today to share about a book that is absolutely dear to my heart.  Before I talk bout the book (and giveaway!) I am taking a minute to share about the amazing author of the book, and the story of our friendship.  (hop to the bottom to get to the review and giveaway!)

It was seventeen years ago this month that I first met Stephanie Fast.  I was at a women’s retreat in beautiful Cannon Beach, Oregon.  Just a year into my marriage, I was struggling to figure things out, and wrestling with issues of insecurity and identity. I had carpooled out to the retreat with a small group of good friends whom I had grown close to over the past year.  Each of the women were just a couple of years older than me, and each of them had two young children, before I had any. I knew they had wisdom and experience that I needed, and they graciously loved me like a sister.

After dinner on the first night of our retreat, our speaker was introduced.  Stephanie stepped onto the small speaking stage and began to share her story:  her story of being born in post-war Korea, the daughter of a Korean woman, and an American military man; her story of being abandoned at age four at a train station by her own mother, because of the terrible shame her mother carried for having a mixed blood child.   The years that followed that abandonment were nothing short of a nightmare:  deep loneliness and fear, near-starvation, disease, and abuse.

Yet somehow, woven throughout her testimony, Stephanie spoke the most beautiful message of destiny.  She knew that she had never been alone.  And  she reminded us that whatever we faced, we also were called to a greater destiny. 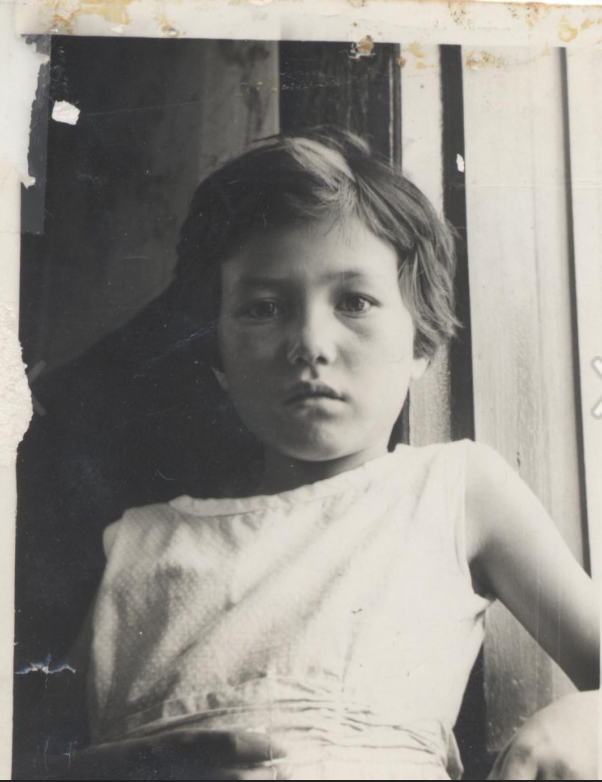 It was then that I began to find answers to even my own (very first-world) issues of insecurity and identity.  I wanted what this woman had.

I looked over at my friends, and I knew we all felt the same way:  we loved Stephanie.  Loved her heart.  Loved her story.  Loved her spirit.  And later that night we conspired together to find out how we could get some time alone with her.

We were more than surprised to find out that Stephanie had not flown in from some distant city, but lived not far from all of us, just outside of Portland.  Over lunch on the final morning of our retreat, we got up the nerve to ask if she would be so kind as to have coffee with the four of us girls.   She said yes.

The first coffee meeting was at a local coffee shop, and when our overwhelmed hearts broke open and began spilling tears on the coffee shop table, Stephanie suggested we meet again, in her living room.

We met the next week, and the following. It wasn’t long before the five of us were a family. We met weekly, if not more, and our families often gathered for celebrations or holidays. Stephanie’s teenage boys got used to us girls and our babies hanging out in their living room, and her husband Darryl was more than gracious to share his wife with us.  Stephanie’s wisdom, grace, and humor were just the refreshment that we all needed each time we met.

When we could, us girls would travel with Stephanie to retreats where she would speak. Her story reached women in every season of life.  It seemed that everyone felt connected to Stephanie’s story.  (And I loved it when Stephanie would introduce the four of us girls–all blondes, in our late twenties to early thirties–as her “daughters.” The audience would study us girls to determine if this could be true.)

That season in my life, which led up to my move to Hawaii, is almost surreal as I look back.  The relationships that were forged, and the mentoring that I received, both from Stephanie and the other girls, shaped much of who I am today.  Much of what I share on this blog goes back to conversations, prayers, and studies I did during those years.

And now, with that very long introduction, it is with tears of joy that I get to share with you Stephanie’s long-awaited book: “She is Mine.” 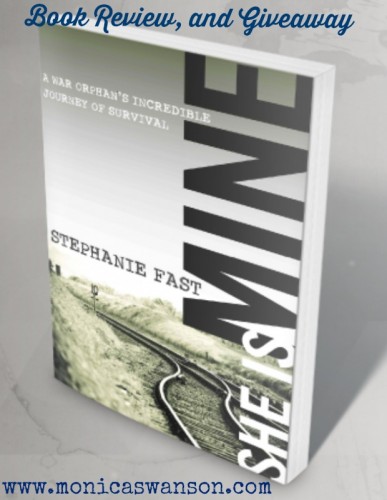 Stephanie’s testimony has been one of the most requested of all time on Focus on the Family Radio Show.  People who have heard her speak have been waiting years for her to write her story.  Plenty of people have offered to write the story for her.  She never felt it was the time before.

But the time has now come.  And it is absolutely worth the wait.

After receiving a copy of “She is Mine” last week, I sat down late at night to read “just the first chapter.”  Hours passed and I could not put the book down.   I was blown away by how well Stephanie was able to put her story into writing.   I found myself loving this little girl deeply…I stood with her when she was four and alone at a railway station.  I felt her shiver when she was cold and so afraid.  I cried tears as she sat through long nights calling out for her mommy.  I felt sick when she picked leeches off of her body, and even sicker when her desperate hunger led her to try eating one.  I saw my own boys’ faces in this lost and hurting girl.  When her life was near the end I found myself aching for her to be rescued.  I may have heard her story many times, but this book gripped me like it was the very first time.

Last week on the plane ride home from Oregon, I suggested Dave read the first chapter of the book.  He did.  And then he kept reading and reading until he finished the entire book.

I continue to think about Stephanie’s story, and to even dream about that little girl.  Stephanie’s story has moved me to pray more for the 143 million+ orphans around the world, and how we might be able to help.

I hope you will all hurry over to Amazon and order a copy of “She is Mine” for yourself and all of your friends now!  (I think they are on a bit of a back-order, but when I placed an order yesterday there was only a one-week delay!)

Also check out Stephanie’s website, where you can read the first two chapters of the book.  You can also see photographs of Stephanie as a child, and a lot of other information about Stephanie, and orphans worldwide.

And for some FUN NEWS!

Stephanie has offered to send FIVE signed copies of her book to my blog readers!

We’ll be choosing randomly on Sunday night (11/16) and I’ll announce winners in my next post!  Check back to see if you won!

Please do share this post if you think your friends would enjoy hearing about this book!  (social media buttons are below!)

Levi’s thoughts on obedience, 😬 from Chapter

Research shows the the most likely, and best place