Well friends…You know I only post about homeschooling about once every two years, right?  So bear with me while I finish what I started last week when I responded to the hottest question in the homeschool world:  “What curriculum do you use?”

Today, I share a quick and honest look at some of the things that stand out to me when I think of our homeschool life.  Some of the stuff that us homeschoolers don’t talk as much about. 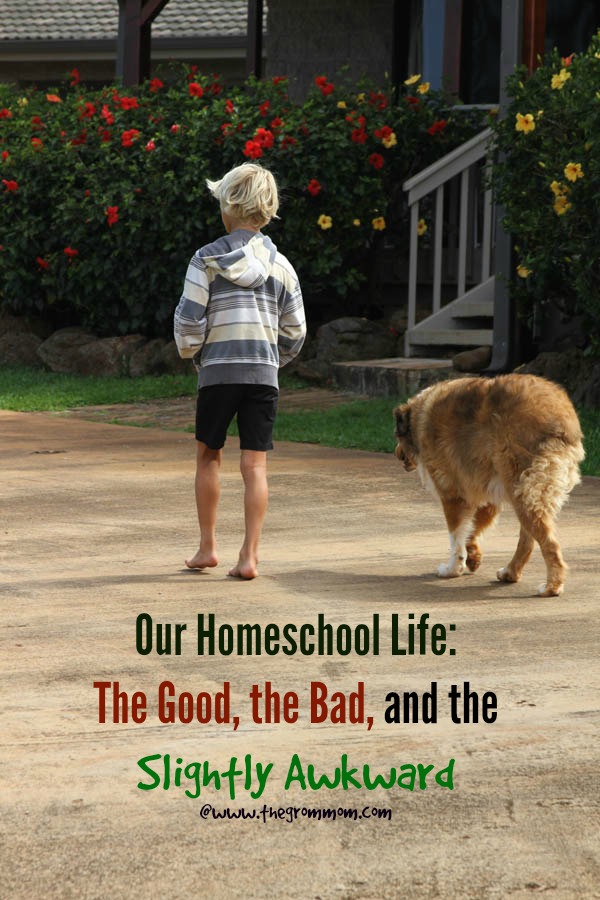 As homeschoolers, we tend to get super defensive (or maybe it’s just me?) about things like that “socialization” question, and I think it causes us to hold back from just giving honest evaluations of how things are going in general.   SO I want to give the full story.  At least from our experience.

(By the way, I did address that “socialization” question as well as other homeschool stereotypes in my “Five Myths about Homeschool Families” post, which also found its way to the Huffington Post.)

So here is an honest glance at the Good, the Bad, and the Slightly Awkward in our homeschool life.

THE GOOD:
I think I’ve been pretty clear that though I was the last person to imagine homeschooling my kids, I actually LOVE IT.  Besides the curriculum, and how it works for our boys’ (surf) life, there are many other things that I cherish about homeschooling.  I love how tight our family is.  Sure, we get on each other’s nerves and the boys squabble like any brothers, but for the most part we get along really well.  We spend a LOT of time together, and it shows.  My boys are all very, very close.  They are very best friends.  I also feel extremely comfortable talking to my boys about anything, and so far, I think they still feel really good talking to me as well.  There is no awkward distance.  I could go on and on about the relationships between the siblings or between Dave and I and our boys…That alone makes me so happy for the chance to homeschool.

They also can freely express themselves in the classroom.  Which looks different every.  single.  day. 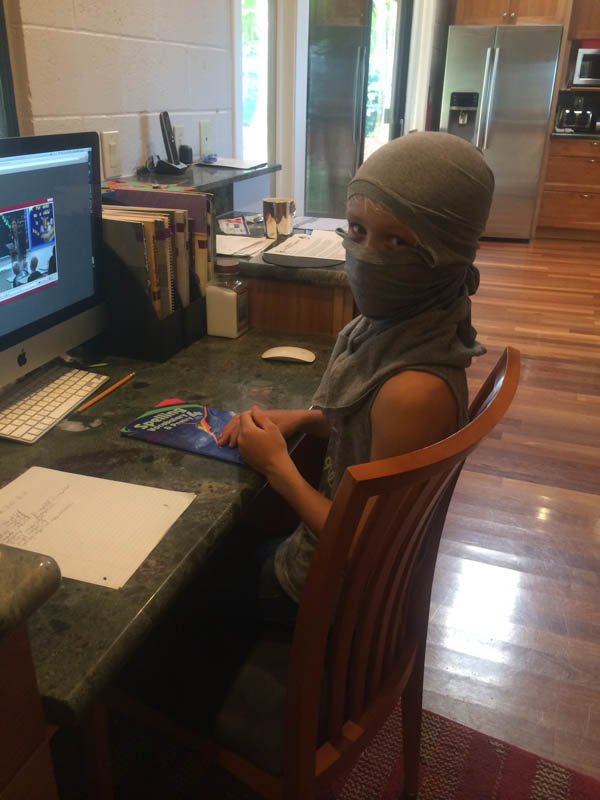 There are plenty of other things that I thank God for in our homeschool life:  I am thrilled to that the boys can  pursue their passions, like photography, videography, and other hobbies; Bird-watching, studying rocks and minerals, the solar system, and the list goes on.  All of that just works because they are home, and therefore can include their passions in their daily routine.

The boys love to learn, and I love being around to watch them light up when they learn something new, or when they ace a test.  I wouldn’t want to miss any of this!  Another benefit is that I am the one to catch it if they do score poorly on a test or I see some area that is challenging them.  Nothing “slips through the cracks.”  I can then stop, help figure out what the problem is, and further their learning process, instead of having to keep up with a class and ignoring something that may become a bigger problem later. 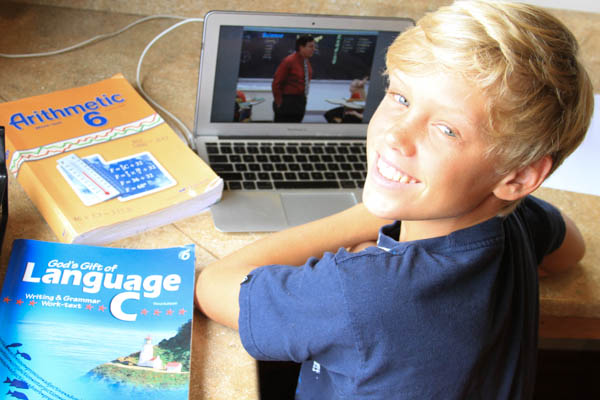 They also spend a lot of time outdoors.  Jumping on the trampoline, climbing trees, or just hanging out, having meaningful conversations with man’s best friends… 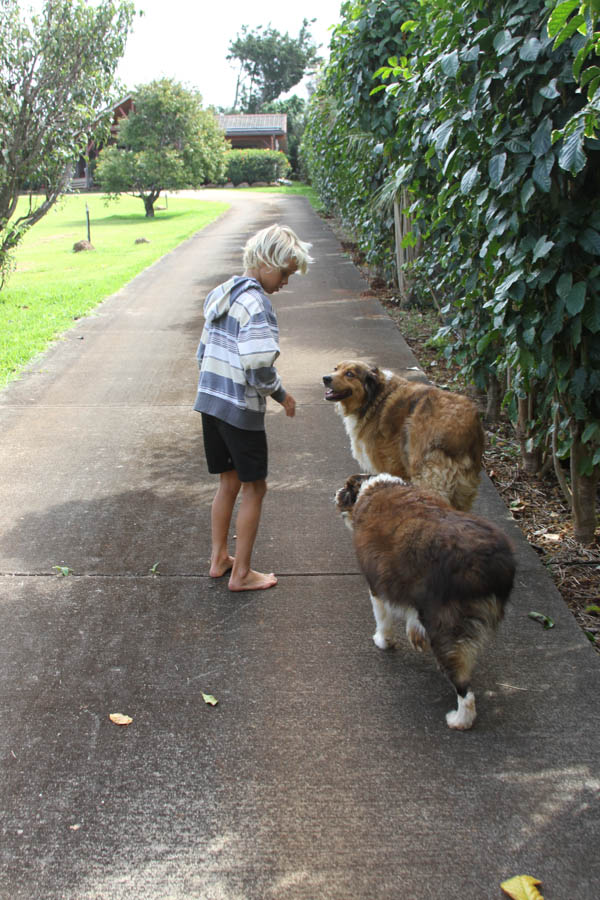 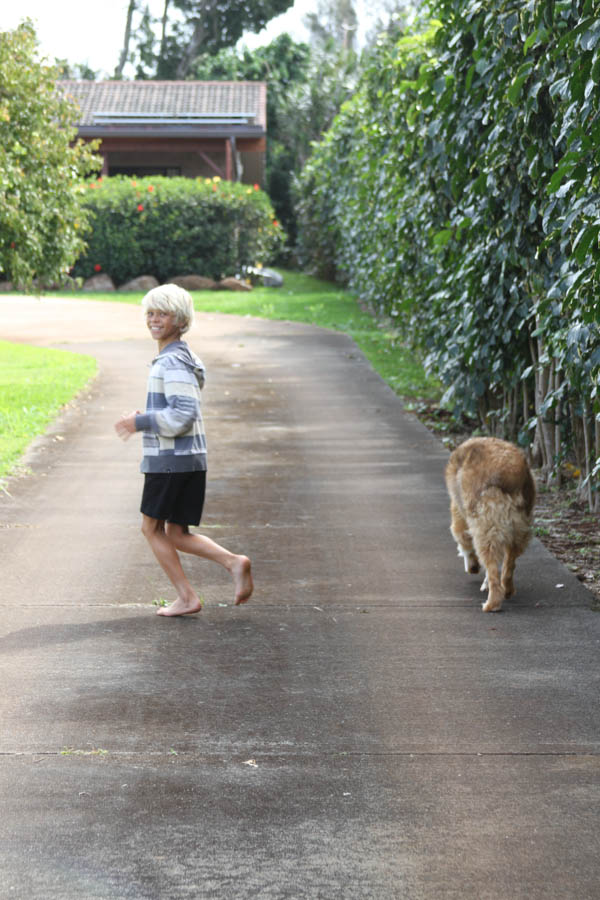 THE BAD:
Belonging:  Sports Teams, etc.
I wish it were easier for my boys to be involved in team sports and other activities.  Some of this has to do with where we live, so it isn’t necessarily just a homeschool thing. Josiah and Luke are most into surfing and skating, which are both individual sports any ways, but I think all three of my older boys would benefit from more team sports.  I especially wish Jonah could get more involved in a variety of sports, since he doesn’t surf or skate as much.  There are some team sports available (Jonah plays soccer every fall, and he has dabbled in other sports,) but as he gets older, there are less team sports available unless he is enrolled in a school.  Since I grew up very involved in team sports, I guess this makes me a little sad.

I am NOT talking about problems with socialization.  (Have I mentioned where I stand on that? 😉) 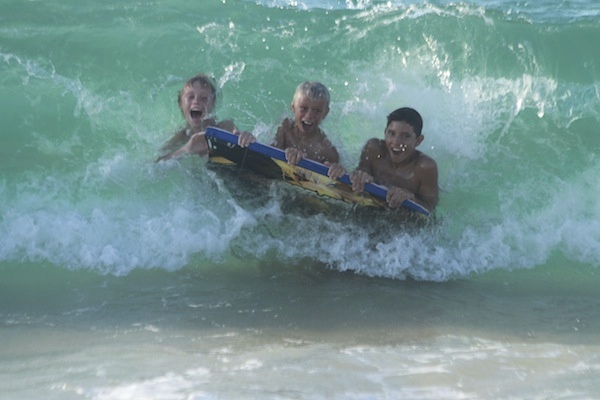 Honestly though, the friendship thing is tricky for all of my boys.  SO far, they each have a couple good buddies who they get together with on and off…But between living up in the country (they can’t just run down the street to hang out with friends,) and not going to school every day, my boys are often just out of the loop.  They aren’t in the middle of the social scene, and in some ways I don’t mind (or I am glad) for that, but it does hurt my heart when I know that they are craving more friendships, and we can’t just force that to happen. They see friends at youth group and at the beach but, that isn’t always enough.  Kids have short attention spans–They think to call and hang out with whoever they just spent time with last, so if they have friends they just saw at school, they’ll get together with them before they’re likely to remember the Swanson boys up on the hill.  (there are a few exceptions to that, and I send HUGE thanks to the school kids that do remember to call my boys after school to play on occasion!)

As far as this area is concerned, I have also been negligent to a large extent because it is SO easy to just let my boys hang out together.  They have a great time, and it is easy.  I haven’t put out the effort to get them together with other kids as much as I should…
Obviously, I will have to make more efforts in this area for Levi, since his brothers are so much older, and he’ll need playmates that much more!

THE AWKWARD:
I wouldn’t say that there is a lot of awkward in our boys’ homeschool lives.  But I’ll be the first to admit that there might be a few holes in my homeschooling.  And sadly, this usually leaves my boys in the awkward department.  This hit me recently after two of my boys went to a youth group camp.  They both came home and told me that there had been big games of volleyball at camp.  As soon as I heard the word volleyball, my heart raced.   Oh no.  They didn’t even need to tell me.  I KNEW IT.

First, let me back up to say that I played Varsity volleyball all four years of high school.  I lived with Pepperdine Volleyball players in college.  I love volleyball.  I know all about volleyball.

My boys however…Um, haven’t exactly been taught much of anything about volleyball.  Or football.  Or baseball.  SHOOT!  How did we forget?   I felt so bad.  So, the boys might have had a few awkward moments of camp volleyball, and I take the blame.

I literally went out the very next week, bought a football, a volleyball, two frisbees, and an entire basketball hoop to set up in our front driveway.

Things will change.
I will make this up to you boys, I promise. 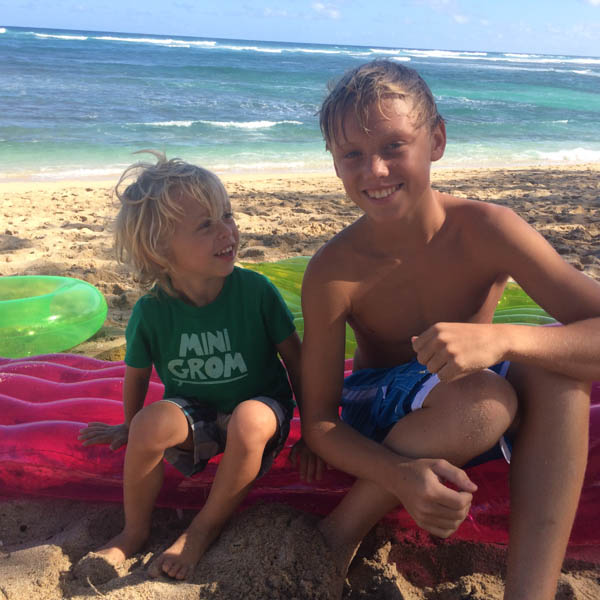